You are here: Home » Diamond Rings

The first diamonds are thought to have been first mined in India and have been known to people for around 3 – 6000 years.

They form, under certain conditions, when materials containing carbon are exposed to high pressure at temperatures of around 1000 degrees centigrade.

Diamonds have always been considered as treasured gemstones. Early humans used them as tools due to their hardness. The diamond is the hardest natural material and ranked 10 on Mohs scale of hardness.

The hardness comes from its perfect crystalline orientation. This hardness is also a reason for it being a gemstone. The fact it can only be scratched by other diamonds means it maintains its high state of polish, compared to other gemstones which can show signs of wear with age. This is also one reason diamonds became popular as engagement rings.

Pure diamonds appear as colorless whereas those that have color have had some kind of impurity introduced during formation. Nitrogen is the cause of yellow and brown color diamonds and boron causes the blue colored ones. 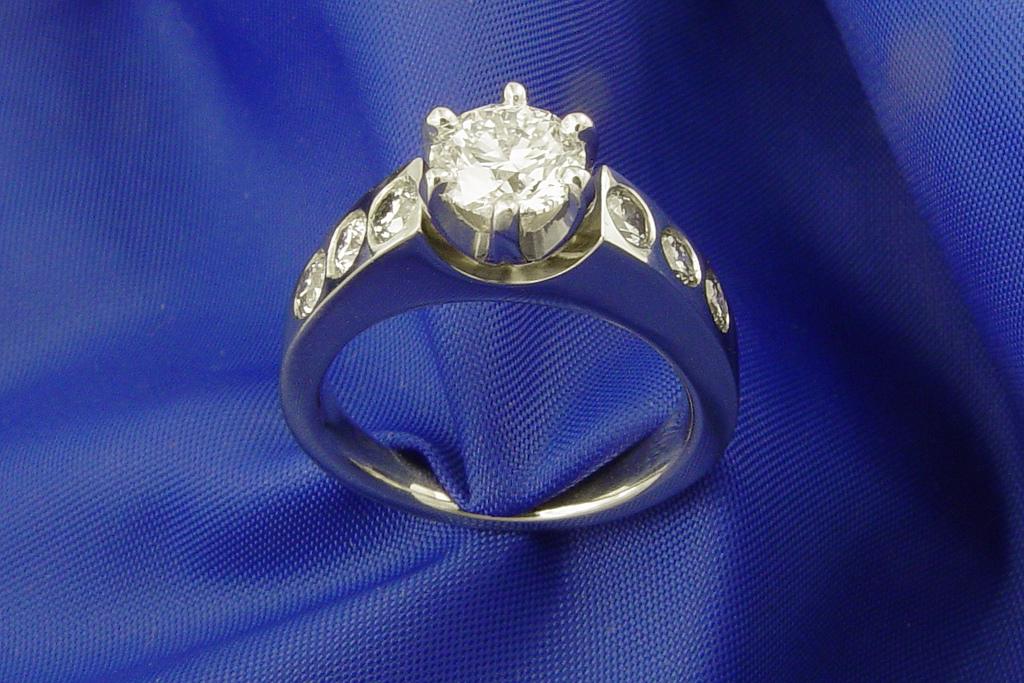 Which Engagement Rings Sparkle The Most

The sparkle of the diamond, which is the choice of gemstone for the most sparkle, derives from the shape. Certain shapes will offer more sparkle than others. Popular diamond shapes include oval, pear, cushion, asscher, round, emerald, radiant and heart. The ones that sparkle the most are round brilliant cut diamonds which are well set.

Why Engagement Rings Have Diamonds

It is believed the custom of giving a diamond engagement ring began in 1477, this being the first documented use of one. Archduke Maximilian of Austria to his future wife. This act started a trend the spread among the European aristocracy and continued through the ages.

De Beers 1947 slogan, “A Diamond Is Forever”, increased popularity even more so with many thinking of the connection that diamond and marriage is forever.